THEIR STORIES. OUR LEGACY.
She was a journalist during the U.S. Great Depression and a close friend of First Lady Eleanor Roosevelt.
Learn more about Lorena Hickok 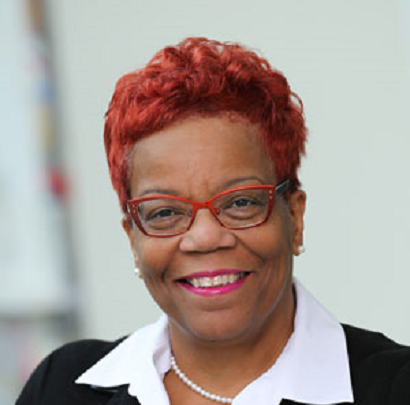 Trained as a lawyer and committed to equity, Danae Davis is passionate about “success for every child, in every school, from cradle to career.”

Davis had never wanted a traditional law career but “valued the analytical skills and logical reasoning that law school supports.” She was a student clerk for Wisconsin Supreme Court Justice Shirley Abrahamsen during her third year of law school and was legal counsel for Governor Anthony Earl from 1983 to 1987. In the private sector, she was the diversity affairs director for Miller Brewing Company (now MolsonCoors), where she put the company’s affirmative action plan in place and set goals for diversity. Davis later became the director of diversity management and work/life programs for Kraft Foods. From 2003 to 2011, she served on the University of Wisconsin System’s Board of Regents.

In 2006, Davis became the executive director of PEARLS for Teen Girls, a Milwaukee organization that empowers and teaches leadership skills to girls from age 11 to 18, helping them learn to set their own goals, build self-esteem, and work toward high school graduation. PEARLS stands for “Personal responsibility, Empathy, Awareness, Respect, Leadership, and Support.” The Milwaukee Business Journal named Davis a woman of influence in 2013 for her work with PEARLS. The program has had amazing success: out of 1,300 girls in the program in 2014, for instance, 97.6 percent graduated from high school and were accepted to at least one college, and 99.9 percent avoided teen pregnancy.

In 2011, Davis got involved with a collaboration called Milwaukee Succeeds, which is sponsored by the Greater Milwaukee Foundation. In 2015 she became its executive director. Milwaukee Succeeds helps more than 300 different partner organizations in Milwaukee work together, with “a shared vision of success for every child, in every school, from cradle to career.” It is part of an even larger network of collaborations in 70 different cities around the U.S., called StriveTogether, that work to achieve racial and ethnic equity. Davis serves on the board for StriveTogether and gives speeches about what can be accomplished by such collaborative partnerships. She has said that “as long as there are haves and have-nots, our work is not done!”

Davis is a former chair and member of the of 88.9 Radio Milwaukee Board of directors, a radio station dedicated to making the city more inclusive.

Davis has received many awards. In 2008, she won the UW System Outstanding Woman of Color in Education Award, and in 2017, she was one of just four people to receive the Wisconsin Alumni Association’s Distinguished Alumni Award. She has also received the Robert H. Friebert Social Justice Award and the Trailblazer in Women’s Leadership Award.

“Who We Are.” Milwaukee Succeeds. http://www.milwaukeesucceeds.org/who-we-are.

Photo used with permission from Danae Davis.
Profile written by Emma McClure.
Special thanks to Danae Davis for her participation.