THEIR STORIES. OUR LEGACY.
This lawyer is passionate about “success for every child, in every school, from cradle to career.”
Learn more about Danae D. Davis 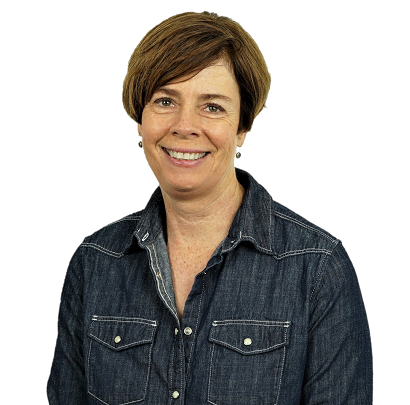 Zoe Dunning was one of the only openly LGB members of the U.S. military for 13 years and spoke out against the “Don’t Ask, Don’t Tell” law.

Zoe Dunning, the youngest of seven children of parents who had served in World War II, was born in 1963 and raised in Milwaukee, Wisconsin. The summer before her senior year of high school, she attended the American Legion Auxiliary Badger Girls State, a week-long camp where girls set up and run their own government. There she met a student from the U.S. Military Academy who inspired her to consider a career in the military. Dunning applied to the U.S. Naval Academy and was accepted with a full scholarship in one of the first classes to admit women. Dunning liked the structure of military life and was proud to serve her country, but when she realized she was a lesbian, she felt conflicted. At that time, the military banned lesbian, gay, and bisexual (LGB) people from serving, so if anyone were to find out about her identity, she would lose her scholarship and be kicked out. So Dunning kept it a secret that she was a lesbian, not only until she graduated and was commissioned in the U.S. Navy in 1985, but for the next six years on active duty as a supply corps officer. Yet even though she tried to hide her identity, she was hurt by discrimination, sexual harassment, and “gay-bashing” in the Navy.

In 1991, Dunning switched from active duty to the Navy Reserves and also became a student at the Stanford Graduate School of Business. In her non-military life, she was finally able to be open about her sexuality and was even co-president of a gay and lesbian student group at Stanford, although she carefully kept her personal and military worlds separate. But then Dunning was asked to speak against the military’s ban on LGB people at a political rally. She said no at first because the event would be very public and reporters would be there. But she changed her mind when she realized that the voices of those most affected by the ban—actual LGB people in the military—weren’t being heard. So she decided she was done being silent. At the protest in January 1993, she said to a crowd of people, “I am both a naval officer and a lesbian, and I refuse to live a lie anymore.” The next time she reported for duty at her Navy base, she was told to leave.

Dunning had to go to two different hearings. At the first one, everyone on the hearing board said she should be discharged from the military. Two weeks later, President Bill Clinton announced a policy called Don’t Ask, Don’t Tell (DADT), which then became law in 1994. Under this law, LGB people could serve in the military, but they couldn’t talk about their LGB identity. Dunning’s case was heard again under DADT, and she won (even though the strategy she used in her case was later banned), so she was not discharged. Also, while these legal battles were going on, the Navy promoted her to Lieutenant Commander. Dunning served openly in the military for the next thirteen years. She spoke out against DADT and cofounded the Servicemembers Legal Defense Network, a nonprofit group that helped people in the military who were affected by that law.

Dunning retired as Commander from the Navy in 2007. In 2010, she got to stand next to President Barack Obama on stage while he signed the repeal of DADT.

Dunning has also been successful in her non-military career. She earned her MBA from Stanford in 1993 and began to work as a consultant. She is now a consulting portfolio director for Future State, a women-led company based in California. She was appointed as a commissioner of the World War I Centennial Commission by Nancy Pelosi. In addition, she serves as a commissioner of the San Francisco Public Library and is on the advisory board for Vets in Tech, a nonprofit organization that named her Veteran of the Year in 2017.