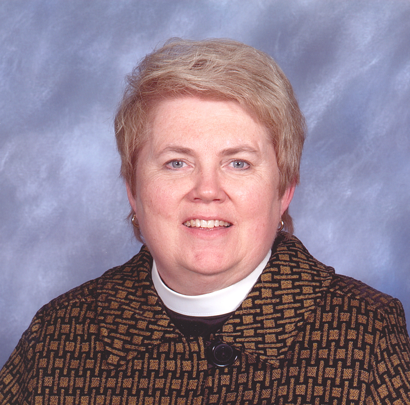 Elected by the La Crosse Area Synod in 1992, Rev. April Ulring Larson became the first female Lutheran bishop in North America and the second in the world.

Born in Decorah, Iowa, April Ulring Larson studied music at Luther College and earned a bachelor’s degree in vocal music from the University of Iowa. She taught K-12 vocal music at a Catholic school in Iowa until she felt called to go to seminary. She and her husband both attended Wartburg Theological Seminary in Dubuque, Iowa, where Larson was among the first 10 women to graduate. She co-pastored with her husband at three parishes in Iowa and spent four years as the assistant to the bishop of the Southeastern Minnesota Synod before being elected, in 1992, bishop of the La Crosse Area Synod of the Evangelical Lutheran Church in America.

Larson served as bishop for 16 years. During that time she served as a Bible study leader, Eucharist presider, and presenter at both the 50th and the 60th anniversary celebrations of the Lutheran World Federation, held in Hong Kong and in Lund, Sweden, respectively. She also served as a member of the executive committee and as chair of the agenda committee of the ELCA’s Conference of Bishops, and for two years she was president of the Wisconsin Council of Churches. Larson and her husband had three children. Her 25-year-old son Ben, a Lutheran seminary student, was tragically killed in the 2010 earthquake in Haiti while teaching theology there.