THEIR STORIES. OUR LEGACY.
She was the first woman to serve as lieutenant governor in Wisconsin.
Learn more about Margaret Farrow 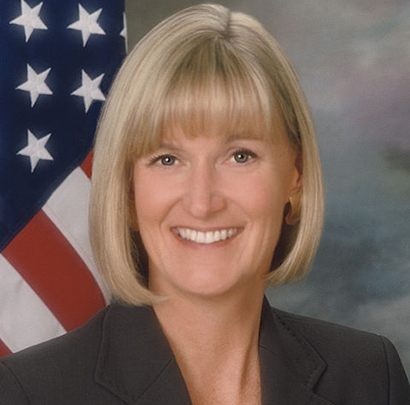 Barbara Lawton, forty-third lieutenant governor of Wisconsin, was the first woman to be elected to that position.

Barbara Lawton, born Barbara Smith, grew up in the village of Hales Corners and then on a farm near Waterford in southeastern Wisconsin. She attended the University of Wisconsin-Green Bay and then transferred to Lawrence University, where she earned a degree in Spanish. Later she received her master’s degree in Spanish from the UW-Madison.

In 2002, Lawton was elected the state’s forty-third lieutenant governor, which made her first in the line of succession after the governor of Wisconsin. Although she was the second woman to hold that position, she was the first to be elected to it rather than appointed. Lawton, a Democrat, served alongside Governor Jim Doyle for two terms (eight years). One of her major achievements while in office was to design and lead a strategy called “Wisconsin Women = Prosperity” to improve the economic status of women in the state. Another was to develop the “Green Economy Agenda,” which promoted sustainable businesses and energy efficiency.

Lawton chaired the National Lieutenant Governors Association and the Wisconsin Arts Board while in office, and she was part of a national policy roundtable about “the role of the arts in building a 21st-century American workforce.” She currently serves as an advisor to a number of organizations, including the Millennial Action Project and Wisconsin’s Institute for Public Policy.

Special thanks to Barbara Lawton for her participation with her profile.