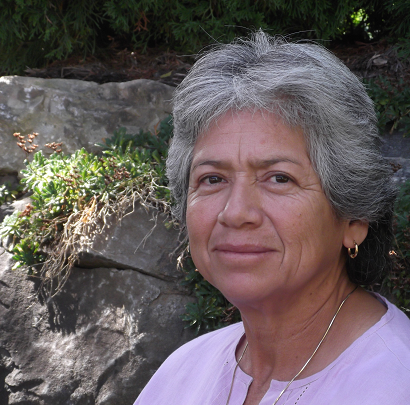 Ramona Villarreal is a Mexican American activist who has devoted her life to fighting for equality and justice for people with Mexican/Latinx heritage in Wisconsin.

Ramona Villarreal was born in 1954 in Laredo, Texas. When she was very young her family traveled back and forth between Texas and the Midwest to work on farms as migrant workers. In 1968 they settled in the town of Wautoma, Wisconsin. They experienced racial discrimination in the Midwest, and that motivated Villarreal to become an activist for equality and justice.

Because her father was involved in labor unions that fought for equal pay for Latinx factory workers and fair conditions for migrant farm workers, Villarreal was exposed at an early age to “la lucha” — the fight — for Latinx rights. When she was only 12 years old, for example, she and her father marched with other activists from Wautoma to Madison to advocate for minimum health and safety standards for migrant housing. “These demonstrations helped change laws,” she points out.

While she was a student at the UW–Madison during the 1970s, Villarreal helped start La Raza Unida, a student activist organization that pressured the university to create a program in Chican@ and Latin@ Studies. She also spent time in Milwaukee working with the Latinx movement and protesting police brutality. She became a member of a Chican@ civil rights group called the Brown Berets and was the group’s first and only member from Madison.

After she graduated from university, Villarreal applied to be a teacher in Madison, but was not hired even though she was well qualified. She sued the school district for discrimination and eventually won, paving the way for other Latinx teachers to be hired. She herself got a job with the River Valley School District before the Madison lawsuit was finished, and she taught physical education in River Valley for 23 years. Now retired, Villarreal is an active athlete, competing in marathons and triathlons.