THEIR STORIES. OUR LEGACY.
She was the first woman Solicitor in the U.S. Department of Labor.
Learn more about Carin Clauss 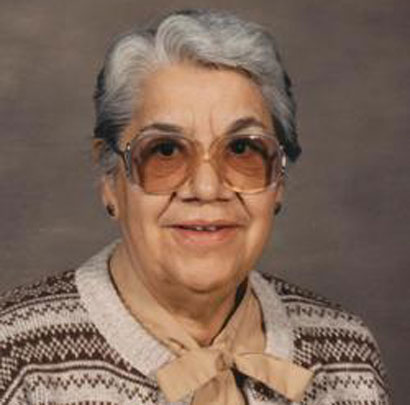 Dorothy "Aunt Dot" Davids was a respected Native American educator in Wisconsin and an author, speaker, community organizer, and activist for peace and justice.

Dorothy Davids was born on a farm in Red Springs, outside of Gresham, Wisconsin, on the banks of Big Lake. She was a member of the Stockbridge Munsee Tribe of the Mohican Indians. When the bank foreclosed on her family’s farm during the Great Depression, she began boarding at the Lutheran Indian Mission School. She graduated from Bowler High School and in 1945 became the first Native American to earn a bachelor’s degree in education from Wisconsin State Teacher’s College in Stevens Point. She taught elementary and junior high school for 16 years and was a strong advocate for students.

In 1961, Davids began working with the National Congress of American Indians and earned her master’s degree in education from UW-Milwaukee that same year. She went on to work for the University of Wisconsin-Extension in Madison as an associate professor of education and community development. Davids made significant contributions to developing curriculum for and about Native people, and paid special attention to Native American women and bias in educational materials. She was a specialist in multicultural education, group dynamics, and cultural awareness and had wide personal knowledge of Native American literature, issues, and resources.