THEIR STORIES. OUR LEGACY.
She became known as the Wisconsin Angel for her work as a nurse and advocate for soldiers during the U.S. Civil War.
Learn more about Cordelia Harvey 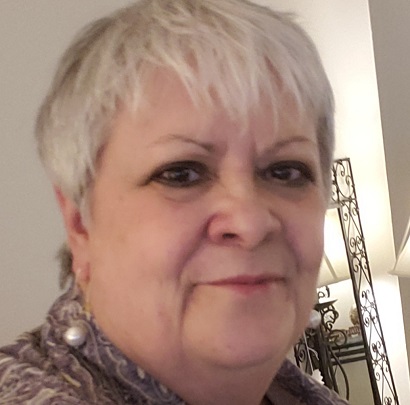 Debora Gil R. Casado was born Debora Gil Rodriguez in 1957 in Ashland, Wisconsin. Her parents had moved to the United States from Spain because her father was hired to teach Spanish to American school children. When she was still very young, Gil Casado noticed that people around her treated other people differently based on where they were born, where their family was from, and what language they spoke — in other words, people discriminated against others. One way Gil Casado noticed this discrimination was that, because her mother’s English was not very good and Debora had to translate for her, people treated them “as if our roles were reversed” and talked to them as if Debora was the mother and her mother was a child, instead of showing respect to her mother.

In high school, Gil Casado also saw and experienced unequal treatment. For example, the parents of one of her friends invited her to have dinner with them at their country club because they wanted to “expose [her] to the real world,” but at the same time they seemed to be afraid she would somehow embarrass them. Because of experiences like this, Gil Casado came to think, “This is not okay, this needs to be changed.”

As a student at the University of Wisconsin–Madison, Gil Casado worked with organizations that tried to bring recognition and power to groups of people who had been marginalized — that is, treated as if they were not important. She learned how to organize and negotiate as she protested discrimination on campus and helped people who were being mistreated by racist groups like the Ku Klux Klan.

After college, Debora Gil R. Casado became a teacher at Madison East High School, where she saw that English language learners (people like her mother, who spoke Spanish) and bilingual students (people like herself who spoke two languages) struggled in school. Most of the teachers spoke only English and had trouble communicating with Spanish-speaking students and their parents. Not much was being done to improve that situation. So Gil Casado helped start a new school where both English and Spanish would be spoken and students would learn both languages — an approach that is called dual-language immersion. Nuestro Mundo Community School (NMCS), started in 2004, was the first school of its kind in the Madison Metropolitan School District. The school’s mission is to prepare students to be active global citizens through dual-language immersion and appreciation of diversity. By cofounding NMCS, Debora Gil R. Casado helped to empower and unite her community.

In 2005, NMCS was named Charter School of the Year by the Wisconsin Charter School Association. In 2010, Debora Gil R. Casado was honored for her work with NMCS by Community Shares of Wisconsin. She retired in 2016 after 32 years of teaching in Madison.