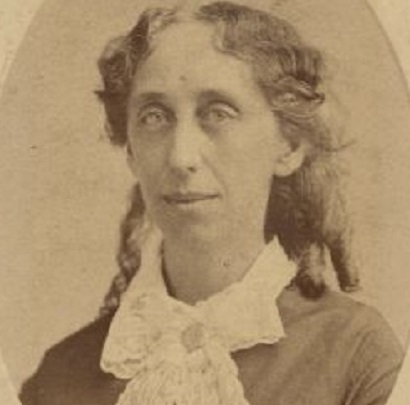 Lavinia Goodell was the first female lawyer admitted to the bar of the Wisconsin Supreme Court.

Lavinia Goodell, born Rhoda Lavinia Goodell, was the daughter of a prominent abolitionist family in New York. While in high school – a decade before women were admitted to law school or the bar in the U.S. – she expressed interest in studying law. Goodell was active in the abolitionist and temperance movements as a young woman, and in 1867 she became an editorial writer for Harper’s magazine. At the age of 32, she moved with her family to Janesville, Wisconsin. After being denied an apprenticeship at several Janesville law firms because she was a woman, Goodell was hired as a copyist at the firm of Jackson and Norcross, where she taught herself law by reading volumes in the office library. After less than two years of study, she applied to the Rock County bar and was admitted in 1874. In Goodell’s first court cases, she represented a group of temperance women who prosecuted two liquor dealers for illegally selling liquor on Sundays. She won both cases.

Many of Goodell’s clients continued to be women. When one case required her to appeal to the Wisconsin Supreme Court, the question of whether or not to allow a female lawyer to argue in front of the highest court in the state was considered. (Had she been a man, she would have automatically been admitted.) Goodell wrote her petition for admission, and a male attorney presented it on her behalf, but the Wisconsin Supreme Court denied it. She then turned to the state legislature and, in 1877, successfully lobbied for passage of a law prohibiting discrimination in the practice of law because of sex. She reapplied to the Wisconsin Supreme Court in 1879, and this time she was admitted to the bar. Although Goodell died less than one year later, she had successfully paved the way for countless women to practice law in Wisconsin.

“Motion to admit Miss Lavinia Goodell to the Bar of this Court.” Wisconsin Court System. https://www.wicourts.gov/courts/supreme/docs/famouscases08.pdf.