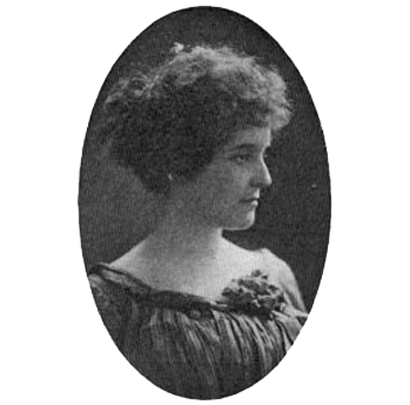 In 1921, American author and playwright Zona Gale became the first woman to win the Pulitzer Prize for Drama, for the play MISS LULU BETT.

Born in Portage, Zona Gale started to identify as a writer at the early age of 7, when she wrote her first book. She tried to get a novel published when she was 13, but editors rejected the manuscript. Gale was determined to succeed, though, and studied at the University of Wisconsin-Madison, where she took classes in literature and wrote poetry in her spare time. After graduating in 1895, she became one of the first female newspaper reporters in Milwaukee. Education remained important to Gale, and she received her master’s degree, also from the UW-Madison, in 1901. She then moved to New York, where she worked as a reporter for the Evening World, although her assignments were usually to write about social events.

Gale returned to Portage, where she would live for the rest of her life. Her first published novel, Romance Island, in 1906, was a financial success, but literary critics of the time did not like it. Two years later she published Friendship Village, a collection of stories about the idyllic town life of Portage. By the 1920s, Gale’s writing showed a new sense of realism. In 1920 she published the popular novel Miss Lulu Bett, which was about family dynamics and the role of women. Miss Lulu Bett was made into a stage play, and in 1921 Gale won the Pulitzer Prize for Drama because of it. Gale kept writing throughout her life and also continued to work on progressive social and political issues, especially women’s rights. She helped write the Wisconsin Equal Rights Law (1921), which prohibited discrimination against women.