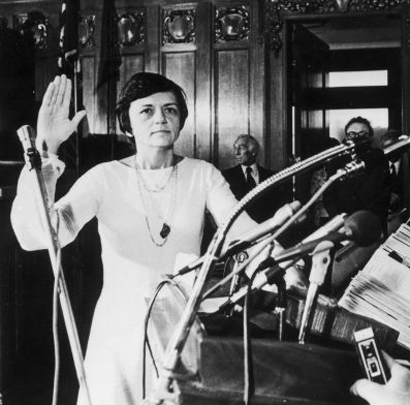 Shirley S. Abrahamson was the first woman justice on the Wisconsin Supreme Court and the first female chief justice in state history.

In 1976, Abrahamson was appointed to Wisconsin Supreme Court by then-governor Patrick Lucey, and she has won re-election every ten years since. From 1976 to 1993 she was the only woman on the court. In 1996, she became chief justice, a position awarded to the justice on the court who has served the longest. Abrahamson has been involved in deciding more than 10,000 petitions for review, bypasses, certifications, and lawyer and judicial discipline cases. In 2013, she became the longest-serving Wisconsin Supreme Court justice ever, breaking Orasmus Cole’s previous record of 36 years and seven months (1855-1892).

Shirley Abrahamson died on December 19, 2020, after a battle with pancreatic cancer. She was 87 years old.