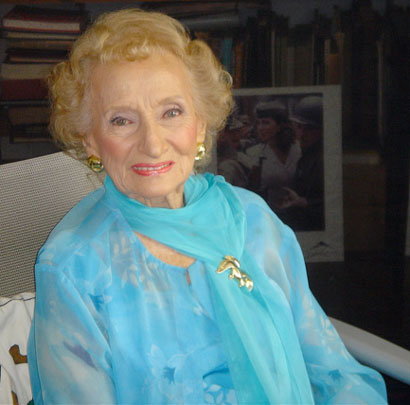 Ruth Gruber was a journalist and humanitarian known for her work documenting the lives of refugees.

Gruber began writing for the New York Herald Tribune when she returned to the U.S. In 1935 she won another fellowship, this time to conduct a study of women under fascism, communism, and democracy. She traveled through Europe and was the first foreign correspondent, female or male, to visit the Soviet Arctic. After completing that study, Gruber studied the economic conditions in Alaska for the Secretary of the Interior. The Herald Tribune invited her to cover Exodus 1947, a ship that carried 4500 Jewish World War II refugees to British-controlled Palestine to seek entrance. Gruber was one of three journalists allowed on the ship, and the only one with a camera to document the voyage. She wrote books about her experiences, including I Went to the Soviet Arctic; Haven: The Unknown Story of 1,000 World War II Refugees; and Exodus 1947: The Ship That Launched a Nation. Gruber received five honorary doctorates, including one from the University of Wisconsin.