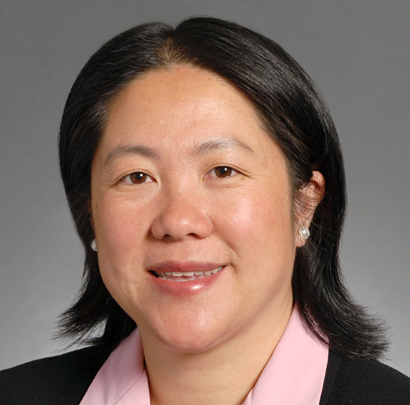 Mee Moua was the first Hmong American to be elected to a state legislature in the U.S.

Moua was born in the Southeast Asian country of Laos. During the Vietnam War, she and her family fled Laos for a refugee camp in Thailand and then, after four years, relocated to the U.S. when she was nine years old. After living in Rhode Island for a short time, they settled in Appleton, Wisconsin, where they were one of few families of color in an area where most residents were white and Catholic. The adjustment was challenging, and Moua clung tightly to her Hmong roots for strength. She also joined the Girl Scouts, the debate club, and the basketball team, and sang in the choir at the Catholic church. She attended Brown University in Rhode Island to study medicine, but when she discovered her passion for politics, she switched her focus to public policy and studied issues of poverty, welfare, and Medicare. Moua became a junior fellow at Princeton University in New Jersey, and she received a Woodrow Wilson fellowship to study public policy at the University of Texas-Austin.

In 1997, Moua began to study law at the University of Minnesota. She got a taste for running a political campaign when she helped her uncle, Neal Thao, get elected to the St. Paul School Board. She also served as leader of the Hmong Chamber of Commerce and the Hmong Bar Association. When a Minnesota Senate seat became vacant in 2002, Moua decided to run. She won the special election with 60 percent of the vote. She was re-elected two more times and served a total of nine years in the Minnesota Senate. Moua chaired the Minnesota Senate Judiciary Committee and was a voice for civil rights, education, housing, economic development and safety. After retiring in 2010, she became the president and executive director of Asian Americans Advancing Justice, an organization that works to promote human and civil rights for Asian Americans and social equity for all.