THEIR STORIES. OUR LEGACY.
She was a suffragist and president of the Wisconsin League of Women Voters.
Learn more about Jessie Jack Hooper 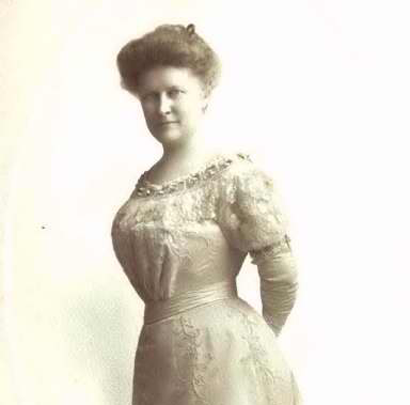 Jessie Jack Hooper, a suffragist, was president of the Wisconsin League of Women Voters and also ran for the U.S. Senate in 1922.

Jessie Jack Hooper was born on a farm in Iowa, but lived most of her life in Oshkosh. A local leader in school reform and public health, she joined the women’s suffrage movement in the 1910s and dedicated her life to the movement as a speaker, a Democratic Party leader, and an advocate for peace.

After the passage of the 19th Amendment, which gave U.S. women the right to vote, Hooper became the first president of the Wisconsin League of Women Voters and led the organization’s lobbying efforts. In 1922, she was selected by the Democratic Party of Wisconsin to run as their candidate for the U.S. Senate against popular incumbent Robert La Follette, Sr. Although she was defeated, she won a remarkable 16 percent of the vote. Hooper chaired the League’s Indian Affairs Committee and was an advocate for Native Americans and for the Menominee Tribe in particular. She was also a member of the League’s Committee for International Cooperation to Prevent War, which advocated for world peace. In 1932, Hooper traveled to the World Disarmament Conference in Geneva, Switzerland, to present a petition, signed by a million Americans, calling for the reduction of deadly weapons after World War I. She continued the campaign for world peace until she was diagnosed with cancer in 1934.

Finding aid to the Jessie Jack Hooper Papers at the Wisconsin Historical Society.