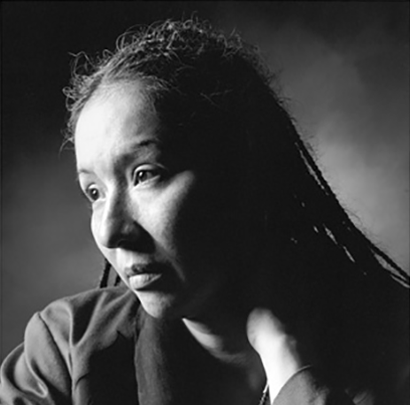 Ingrid Washinawatok, which translates to “Flying Eagle Woman,” was a celebrated human rights advocate for Indigenous peoples who was killed in South America.

Ingrid Washinawatok was a member of the Menominee Nation. At age 14, she joined the movement to re-establish the Menominee as a federally recognized tribe. Three years later, she traveled to New York City as an intern with the International Indian Treaty Council, which monitors Indian rights in the Western hemisphere. After graduating from high school in 1975, Washinawatok attended University of Wisconsin (UW) and then the University of Havana, Cuba. She helped found the Indigenous Women’s Network (IWN) in the 1980s, and worked for the indigenous philanthropy organization Fund of the Four Directions, which named her executive director in 1998. During that time, she served as a committee chairperson for the UN’s International Decade of the World’s Indigenous Peoples and was an active member of the Indigenous Initiative for Peace. She also lectured worldwide on indigenous rights and co-produced the documentary film Warrior.

In 1999, Washinawatok and two other advocates were invited to the South American country of Colombia to help an Indigenous community establish an education program for children. On their return trip, she and her two colleagues were kidnapped by the Revolutionary Armed Forces of Colombia, also known as FARC, which has been in armed conflict with the Colombian government for decades. All three were killed several days later. The Menominee Nation honored Washinawatok with a full warrior’s funeral.