THEIR STORIES. OUR LEGACY.
Learn more about Barbara Lawton 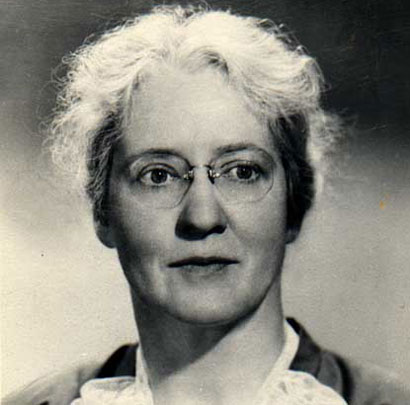 Helen C. White was the first woman to hold a full professorship in the College of Letters and Science at the University of Wisconsin-Madison.

In 1919, White became an English instructor at the UW-Madison, where she taught both advanced composition and Shakespeare. A year later she delivered her first major essay on the English poet Blake to the Modern Language Association. She completed her Ph.D. in 1924 (her dissertation was also about Blake’s poetry), and by 1936 she had advanced from assistant professor to full professor in the UW-Madison’s College of Letters and Science; she was the first woman to do so. In addition to teaching, White authored books — including novels — and mentored graduate students. In 1955 she became the first woman to chair the Department of English at the UW-Madison. She also served as president of the American Association of University Women for three terms and was the first woman president of the American Association of University Professors. The building that houses the undergraduate library on the UW-Madison campus is named after her.

Roberts, Audrey. “Helen C. White Remembered.” Chapter 6 in They Came to Learn, They Came to Teach, They Came to Stay, volume I of University Women: A Series of Essays. University of Wisconsin System Office of Women, 1980. http://digital.library.wisc.edu/1711.dl/UW.EssaysLTS.