THEIR STORIES. OUR LEGACY.
The first book in this author's popular LITTLE HOUSE series is about her childhood in Wisconsin.
Learn more about Laura Ingalls Wilder 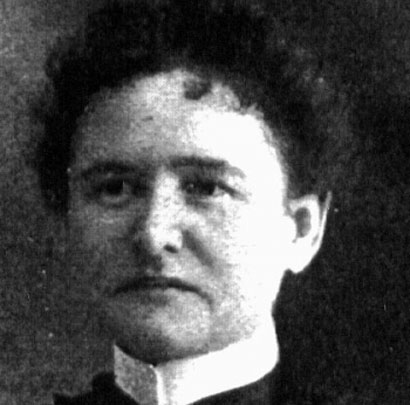 Helen Van Vechten co-owned the Philosopher Press in Wausau and became an expert in hand-printing books.

Helen Van Vechten was born in Mosinee in 1868, but grew up mainly in Wausau. After attending college in Milwaukee, she returned with her husband to Wausau, where he was invited to join a printing house called the Philosopher Press. Helen initially offered to help manage the financial side of the business, but she soon found herself drawn to book-making and took on more of the printing work, as her husband focused more of his attention on their lumber business. The press also published a literary journal called The Philosopher, which grew out of visits with intellectuals and authors at the print shop.

The Arts and Crafts Movement of the late 1800s, with its rejection of automation and mass production, led to a renewed interest in printing books by hand. A self-taught printer, Van Vechten became an expert in all aspects of book-making. She devised a method of paper feeding that allowed for accurate, equal printing on both sides of the page — an accomplishment previously thought impossible by the printing experts of the day. From then on, she signed all of her books, which became highly sought after by collectors. Van Vechten, who earned a national reputation for her skill and dedication, may have been the only female book-maker in America at that time.