THEIR STORIES. OUR LEGACY.
She was the first African American from Wisconsin to be elected to the U.S. House of Representatives.
Learn more about Gwen Moore 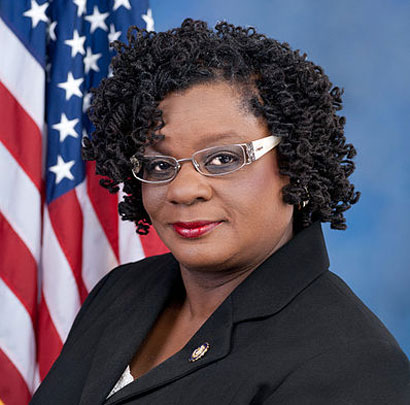 Gwen Moore was the first African American from the state of Wisconsin to be elected to the U.S. House of Representatives.

Gwen Moore was one of nine siblings born to a school teacher and a factory worker in Racine. She grew up in Milwaukee, where she was student council president at North Division High School. With support from a program that helped low-income, first-generation students attend college, she earned her degree in political science from Marquette University. She was very active in her community, helping to start a credit union for her community VISTA (Volunteers in Service to America) members and earning the VISTA “Volunteer of the Decade” award for the years 1976-1986.

Moore, a Democrat, was elected in 1989 to the Wisconsin State Assembly, where she served two terms. She then became Wisconsin’s first female African American state senator, serving from 1993 to 2004. While in office, she earned a Harvard University certificate for senior executives in state and local government and advocated strongly to improve economic conditions for low-income communities and help the children of low-income families get through school. In 2004, Moore was elected to represent Wisconsin’s 4th Congressional District in the U.S. House of Representatives. She is a member of the House Committee on Financial Services, which oversees the banking, housing, and insurance industries, and the House Budget Committee. She has been an outspoken voice for women’s health and security, leading the effort to reauthorize the Violence Against Women Act in Congress.