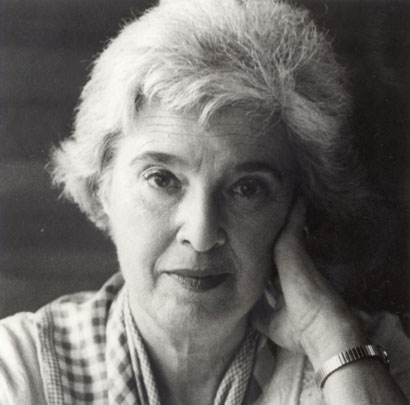 Gerda Lerner was born to Jewish parents in Austria during the rise of German fascism and was involved in the Nazi resistance movement as a girl. Her family fled Austria in 1938, and she immigrated to the U.S. a year later. She earned her B.A. from the New School for Social Research in New York and went on to receive her Ph.D. in American History, in 1966, from Columbia University. Her dissertation traced the history of the Grimke sisters, abolitionists who traveled the country speaking out against slavery. At the time, historians rarely studied the lives of women. While at Columbia, Lerner joined fellow activists and helped found the National Organization for Women (NOW). She also began teaching at Long Island University, where she taught the first post-World War II college course in women’s history.

In 1972, Lerner moved to Sarah Lawrence College, where she founded the first graduate program in women’s history and served as the program’s director from 1972 to 1976 and again from 1978 to 1979. In 1980, she began teaching at UW-Madison, where she founded the Ph.D. program in women’s history. Lerner’s countless essays and texts, including her two landmark works, The Creation of Patriarchy and The Creation of Feminist Consciousness, have guided the study of women’s history and established it as a formal academic field. On the subject, she has said, “Women’s history is women’s right — an essential, indispensable heritage from which we can draw pride, comfort, courage, and long range vision.”