THEIR STORIES. OUR LEGACY.
She was the first Black school board member in Wisconsin and the longtime editor and publisher of the magazine UMOJA.
Learn more about Milele Chikasa Anana 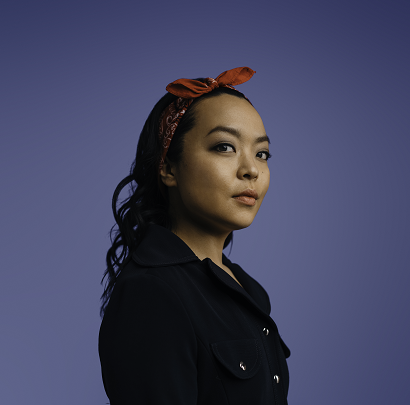 Francesca Hong was born on November 4, 1988, in Madison, Wisconsin, to parents who had immigrated from South Korea. While she was a student at Madison West High School, she co-captained the school’s varsity soccer team and worked as a server at a local restaurant. Hong studied Spanish and journalism at University of Wisconsin-Madison for a time but left when she knew that she wanted a career as a chef. She started out washing dishes, but after working in several different positions in various restaurants across Madison, Hong became the executive chef (main chef) at 43 North Restaurant at age 23.

In 2016, Hong and her husband opened their own restaurant, Morris Ramen. From the beginning, Hong felt strongly about paying her employees good wages and making sure they felt respected at work. Her commitment to these principles has been clear in her other work as well. In 2017, she co-founded the Culinary Ladies Collective (CLC), a professional and social support network for women and nonbinary folks (people who do not identify as either male or female) in the Madison food industry. The members of the CLC work both to support each other, and to empower other women and nonbinary folks in the community who are entering or want to enter the food industry. When the Covid-19 pandemic hit Wisconsin in March of 2020, Morris Ramen, like so many other restaurants, shut down for a time. Hong was able to keep feeding people, though, and also to keep her staff employed by co-founding Cook It Forward Madison. This organization brought together “restaurants, grassroots organizations, small farms, and nonprofits” to provide meals to people who were having trouble getting the food they needed because of the pandemic.

Hong felt that the government had let the people of Wisconsin down with its lack of response to the Covid-19 pandemic, and she wanted to be able to change things firsthand. So, in May of 2020, Hong announced that she was running for the 76th District seat in the Wisconsin State Assembly. She spoke out about the importance of raising the minimum wage as well as taking measures to protect workers, small businesses, people of color, women, LGBTQ+ folks, and the earth. She won the primary election that August with about 28 percent of the vote, beating the six other Democratic candidates. In the November 2020 general election, Hong won with 88 percent of the vote. She took office as the first Asian American state legislator in Wisconsin.

Photo courtesy of Paulius Musteikis.
Profile written by Molly J. Nortman.
Special thanks to Rep. Hong for her participation.