THEIR STORIES. OUR LEGACY.
She was the first African American woman to graduate from the University of Wisconsin-Madison.
Learn more about Mabel Watson Raimey 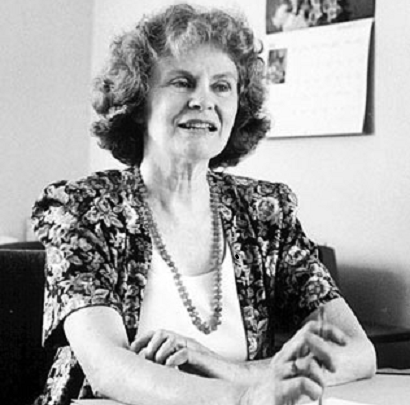 Anne Nicol Gaylor was an activist who worked to make abortion legal for Wisconsin women and to protect the separation of church and state.

Anne Nicol Gaylor was born on November 25, 1926, in Tomah, Wisconsin. Always eager to learn, she began first grade at age four and graduated from high school at only sixteen. After that, she put herself through college at the University of Wisconsin–Madison, graduating with a bachelor’s degree in English in 1949.

After selling a successful employment agency business, Gaylor and her husband purchased the Middleton Times-Tribune and ran the publication for three years. In 1967, Gaylor published an editorial in the Tribune arguing that abortion should be legal. Because of that editorial, she became known within the feminist movement. In the years to follow, she not only took part in feminist activism; she took charge.

In 1970, abortion was made legal in Wisconsin. But Gaylor saw that it was not enough for it to be legal, because many women still could not get the care they needed. This was often because they did not know where they could get an abortion. So, in that same year, Gaylor started the Zero Population Growth Referral Service, which helped women find cities where abortion services were available. She also recognized that often the women who most needed abortions were the least able to pay for them. To help those facing financial barriers, Gaylor co-founded the Women’s Medical Fund (WMF) in 1972, and it still exists today. Gaylor took calls for the WMF on her own home phone for forty-three years. She faced harsh criticism and even death threats, but nothing stopped her from helping over 20,000 Wisconsin women in need of abortions over the years. In 1975, she wrote the book Abortion Is a Blessing, explaining the importance of abortion and birth control and describing the struggle to make them legal in Wisconsin.

Gaylor’s experiences with abortion activism led her to conclude that religion was the greatest enemy facing women’s rights in America. In 1976, she became the main founder of the Freedom From Religion Foundation (FFRF), a national group dedicated to keeping religion and government (“church and state”) separate. Today the FFRF claims to be the “nation’s largest group of atheists and agnostics” and has over 30,000 members. The foundation has won lawsuits all over the country in cases where religion has tried to have too much influence on government. She served as president from its founding until late 2004 when she stepped down and was named president emerita (meaning that although she no longer had the duties of a president, she got to keep the title).

Gaylor dedicated her life to fighting for women’s rights. Months before her death at age 88, she was still answering calls for the WMF, stopping only when two strokes caused her health to take a turn for the worse. She lived by the principle that one’s actions should always be both reasonable and kind. She held onto that philosophy until she died on June 14, 2015, in Fitchburg, Wisconsin.

Image used by permission of the Freedom From Religion Foundation.
Profile written by Emma McClure.
Special thanks to Anne Nicol Gaylor’s family for their participation.