THEIR STORIES. OUR LEGACY.
This historian directed the UW–Madison’s [email protected] and [email protected] Studies Program and was devoted to justice for working people.
Learn more about Camille Guérin-Gonzales 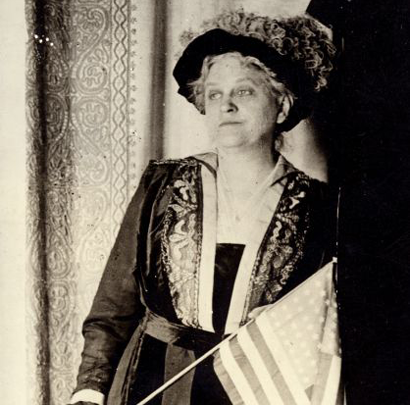 Women’s suffrage leader Carrie Chapman Catt was very important in getting the 19th Amendment to the U.S. Constitution passed.

Catt was born Carrie Clinton Lane in Ripon. In 1880, she graduated from Iowa Agriculture College, where she was the only woman in her class. Catt worked as a law clerk, a teacher, and eventually a school principal. She married and became co-editor of her husband’s newspaper, The Republican, where she wrote a weekly feature called “Woman’s World,” which discussed the issue of women’s suffrage, or right to vote. Catt began working for the National American Woman Suffrage Association (NAWSA) in 1890, and was soon asked by Susan B. Anthony to speak to Congress about the proposed suffrage amendment. In 1900 she was elected president of NAWSA; she served from 1900 to 1904 and then again from 1915 to 1920. Catt also helped organize the International Woman Suffrage Alliance and traveled to other countries to promote equal voting rights worldwide.

Catt’s writing and speaking for NAWSA built her reputation as a leading suffragist. People also thought of her as a brilliant strategist because of the “Winning Plan” she developed to win suffrage for American women. On August 26, 1920, Catt was rewarded for her relentless hard work when the 19th Amendment was officially added to the U.S. Constitution, granting women in the United States the right to vote. After this victory, Catt stepped down as NAWSA’s president and founded the League of Women Voters.