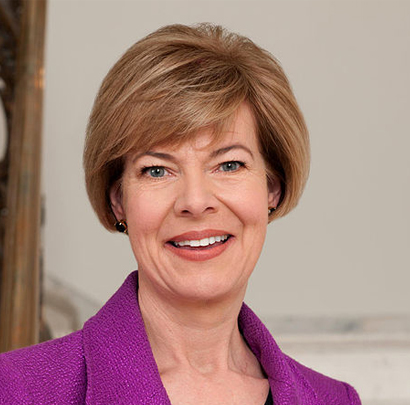 Tammy Baldwin was the first woman elected to represent Wisconsin in Congress and the first openly gay senator in U.S. history.

Tammy Baldwin was raised in Madison by her grandparents. After graduating from Madison West High School, she majored in political science and mathematics at Smith College in Massachusetts, and then went on to earn her law degree from the University of Wisconsin (UW) in 1989. While in law school, Baldwin served on the Madison Common Council and was elected to her first of four terms on the Dane County Board of Supervisors. Baldwin was elected to the Wisconsin State Assembly as a representative for the 78th District in 1992 and served three terms.

In 1998, Wisconsin’s 2nd Congressional District elected Baldwin to the U.S. House of Representatives, making her the first woman from Wisconsin to be elected to Congress. Although several U.S. representatives had already come out as gay during their terms, Baldwin was the first to be openly gay at the time of election. During her seven terms in the House, Baldwin, a Democrat, was an advocate for middle-class economic security and health care. She voted against allowing Wall Street and big banks to write their own policies, helped develop the Affordable Care Act, and led the effort to allow young people to remain on their parents’ health insurance plans until age 26. In 2010, Baldwin defeated former governor Tommy Thompson to make history again, this time as the first Wisconsin woman elected to the U.S. Senate and the nation’s first openly gay senator of any gender. Throughout her career she has been a steadfast voice for LGBT and women’s issues, including gay marriage and anti-discrimination policies.