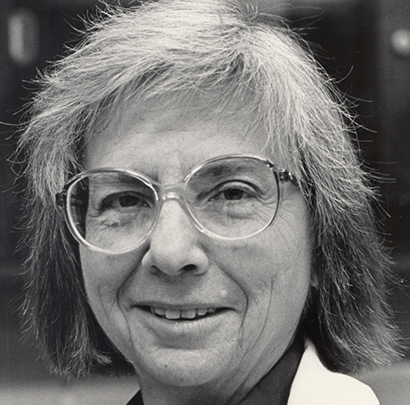 Ruth Bleier was a neurophysiology professor whose pioneering work showed that there was gender bias in the field of biological science.

Ruth Bleier was born in Pennsylvania. She graduated with a bachelor’s degree from Goucher College, and in 1949 she earned a medical degree from the Women’s Medical College in Pennsylvania. While running her own medical practice in inner-city Baltimore, Bleier raised two children. During the 1950s, she advocated for civil rights with the Maryland Committee for Peace, and her activism attracted the attention of the House Un-American Activities Committee (HUAC). The committee added her name to its blacklist for refusing to cooperate, and she lost her hospital privileges as a result. Unable to practice medicine, Bleier entered Johns Hopkins University to get more education. She completed a post-doctoral fellowship in 1961 and became an instructor at the Adolph Meyer Laboratory of Neuroanatomy. In 1967, she left Johns Hopkins to join the Department of Neurophysiology at the University of Wisconsin-Madison.

During the 1970s, Bleier began to see how sexism affected the biological sciences, and she devoted herself to looking at scientific theories and practices in a feminist way. She disproved the myth that many differences that seem to exist between women and men — such as differences in math, language, or creative skills — are biologically based. Those differences, she argued, are actually the result of social and political influences, not of biology. Her publications are considered classics in women’s studies: Science and Gender: A Critique or Biology and Its Theories on Women, and her anthology, Feminist Approaches to Science. While at UW-Madison, Bleier was a founding member of the Association of Faculty Women, which successfully campaigned for equal pay among female and male faculty.