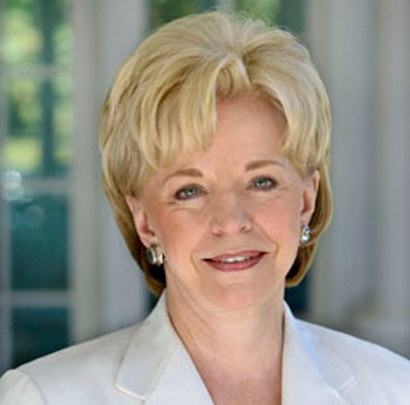 Lynne Cheney, who served as Second Lady of the United States, has devoted much of her career to writing and speaking about the importance of American history education.

Cheney, born Lynne Vincent, grew up in Wyoming. She received her B.A. in English literature from Colorado College, her M.A. from the University of Colorado-Boulder, and her Ph.D., in 19th-century British literature, from the UW-Madison. Her husband Dick served as the vice president of the U.S. under George W. Bush from 2001 to 2009.

In her efforts to educate individuals about American history, Cheney served as chair of the National Endowment for Humanities from 1986 to 1993. She published American Memory, a report that warned about the failure of the U.S. educational system to give students enough knowledge of history. Over the course of her career, she has authored and co-authored many books, including six bestsellers about American history for children and their families. Cheney has worked hard to raise money for education, and a portion of the proceeds from her book sales goes to charity. She also established the James Madison Book Award, which rewards authors for bringing knowledge and understanding of American history to young people.