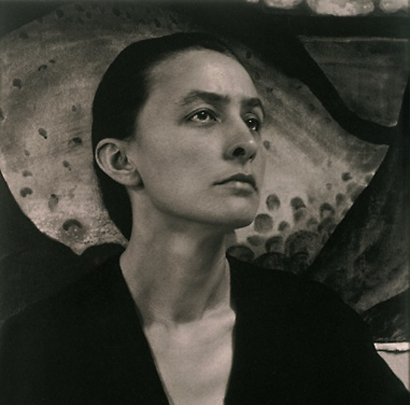 A major American artist of the 20th century, Georgia O’Keeffe developed a unique approach to abstract painting that reflected the landscapes around her.

Born the second of seven children on a farm near Sun Prairie, Georgia O’Keeffe knew from an early age that she wanted to be an artist. By age 18, she had left Wisconsin and begun her art training at the School of the Art Institute of Chicago. Not long after that, she moved to New York, where she studied at the Art Students League in 1907-1908. Although the artwork she made as a student was well received, she did not find it fulfilling, so she decided to find work as a teacher instead, and she taught at various schools and colleges in Virginia, Texas, and South Carolina until 1918. During this period, O’Keeffe produced a series of charcoal drawings that came to the attention of the famous photographer-turned-gallerist Alfred Stieglitz; he first exhibited her work in 1916. By 1918, Stieglitz had convinced her to move to New York to become a full-time painter. The two quickly developed a close relationship, and they married in 1924. Until his death in 1945, Stieglitz was a steadfast promoter of O’Keeffe’s work, which was shown in over twenty solo exhibitions and numerous group installations.

While living in New York and Lake George in the 1920s, O’Keeffe produced some of her most famous paintings, which were of landscapes and flowers inspired by her lakeside surroundings. The well-known close-ups of flowers began to appear in her work in 1924, and these paintings helped establish her reputation as an innovative modern artist. But the challenges of the New York art world, a strained relationship with Stieglitz, and her boredom with Lake George put pressure on O’Keeffe’s physical and emotional health by the end of the decade, so she took her first trip to New Mexico in 1929. She immediately started to paint the rugged mountains, color palate, light, and animal bones of the Southwest in her work, and those features came to mark another important phase in her career. She made New Mexico her permanent home after Stieglitz died, and she continued to paint and her fame grew during the 1950s and 1960s. In 1970 the Whitney Museum of American Art had an exhibit representing her life’s work, showing that O’Keeffe was one of the most important and influential artists in the U.S. She died in 1986 at age 98.