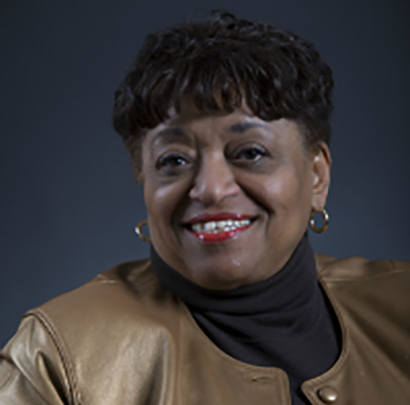 Barbara Nichols was born in Maine. In 1959, she graduated from the Massachusetts Memorial Hospital School of Nursing in Boston and became a nurse, during a time when many hospitals were still racially segregated. She earned her bachelor’s degree in nursing at Case Western Reserve University in Ohio and took a job at Boston Children’s Hospital, where she was the only African American registered nurse on staff. She joined the Navy Nurse Corps and then moved to Madison to work at St. Mary’s Hospital. Nichols was active in the Wisconsin Nursing Association (WNA) and the American Nursing Association (ANA). She founded the Wisconsin Society for Healthcare Education and Training, where she created innovative professional development curricula for nurses in the area.

In 1970, Nichols was elected president of the WNA, making her the first African American to hold the position in the organization’s 100-year history. In 1979, she was elected president of the ANA, becoming the first African-American to hold the national leadership position as well. She served two terms, traveling 12,000 miles a month from coast to coast to speak on behalf of the organization. In 1983, Nichols became the first African American woman in Wisconsin to hold a cabinet-level position when she was appointed secretary of the Wisconsin Department of Regulation and Licensing. During her career, she has published more than 200 manuscripts on nursing and health care delivery and has been an outspoken advocate for diversity in the field of nursing across the country. She holds a master’s degree from the University of Wisconsin and is a visiting lecturer at the UW-Milwaukee School of Nursing.