THEIR STORIES. OUR LEGACY.
This woman's statue of Frances Willard was the first sculpture of a woman to be placed in National Statuary Hall.
Learn more about Helen Farnsworth Mears 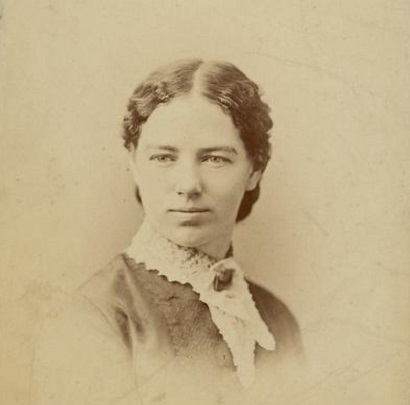 Clara Bewick was born in England in 1846, but grew up mostly in Windsor, Wisconsin, where her family experienced poverty and hardship. One of six women in the UW-Madison’s first co-educational class, she graduated as valedictorian in 1869.

Clara married attorney and military officer Leonard Colby in 1871, and they moved to Nebraska the next year. Colby used her college education and childhood farm experience to work for the rights of rural women. She organized and lectured in favor of women’s right to vote — a movement known as woman’s suffrage — and worked with suffragists Susan B. Anthony and Elizabeth Cady Stanton. In 1881 she became vice president of the Nebraska Woman Suffrage Association.

In 1883, Colby started a monthly newspaper called the Woman’s Tribune. She set type, wrote content, and edited articles herself, and refused to raise the subscription price above $1 a year even though money was scarce. The Tribune was published for 26 years and became the official paper of the National Woman Suffrage Association.

In 1891, without telling his wife first, Leonard Colby adopted a Lakota baby who had been orphaned in the Wounded Knee massacre in South Dakota. Leonard later abandoned the family, leaving Clara to raise their adopted daughter, whose name was Zintkala Luni, or Lost Bird. Zintkala spent some of her youth in boarding schools. Cut off from her original Indian culture yet not fully accepted in white society, she suffered much unhappiness in her life, and she died in 1920 at the age of 29.