THEIR STORIES. OUR LEGACY.
She helped open higher-paying jobs to women in Wisconsin.
Learn more about Doris Thom 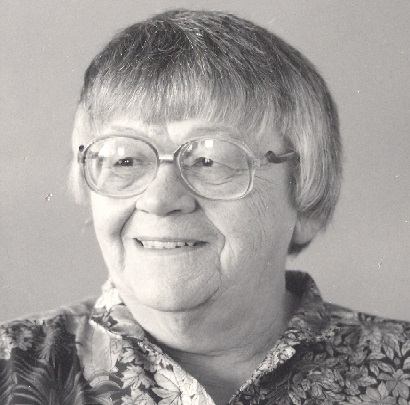 Catherine Conroy was a founding member of both the National Organization for Women and the Coalition of Labor Union Women.

Catherine Conroy was born and raised in Milwaukee. After graduating from high school during the Great Depression, she got a job in a hospital kitchen. During the years she worked there, she saw that working conditions were not ideal and that there was no union for kitchen workers. She didn’t get involved in union activism, however, until she worked as a telephone operator for Wisconsin Bell in the 1940s and experienced that company’s strict regimentation and paternalism. She helped build a union that became part of the Wisconsin Telephone Guild, was a picket captain during a national strike in 1947, and then helped organize the Communication Workers of America (CWA) in 1949; in the 1960s she began working on the staff of the national CWA.

Over the years Conroy came to realize that even when there were strong labor unions, women faced ingrained gender discrimination in the workforce and were not able to advance to management jobs. She became very active in the women’s movement of the 1960s, was part of the Wisconsin Governor’s Commission on the Status of Women, and joined with Betty Friedan, Kathryn Clarenbach, and other prominent feminists to organize the National Organization for Women (NOW). In the 1970s she also played a critical role in founding the Coalition of Labor Union Women. In one of her most difficult but important struggles, Conroy successfully pursued a sex discrimination complaint against the CWA — her own union. She also helped women who had been denied maternity benefits win a settlement against the telephone company.

Among many other achievements, Conroy was part of President Jimmy Carter’s Advisory Commission for Women, helped establish the Wisconsin Women’s Network, and served on the University of Wisconsin Board Of Regents. In 1978 she was honored as Milwaukee NOW’s Woman of the Year. She died of cancer in 1989.