THEIR STORIES. OUR LEGACY.
She was a journalist, a historian, and an outspoken advocate for women's rights.
Learn more about Ruth DeYoung Kohler 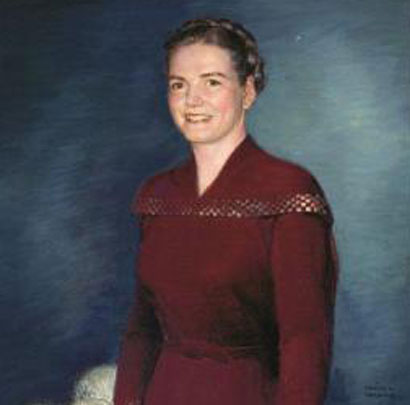 Ruth DeYoung Kohler was a journalist, a historian, and an outspoken advocate for women's rights.

Ruth DeYoung Kohler was the daughter of Frederic R. DeYoung, a justice of the Supreme Court of Illinois. She studied history and led the judicial branch of the student government at Smith College in Massachusetts. After, Kohler traveled through Europe before taking a job as the women’s editor at the Chicago Tribune in 1929. In the years 1935-1937, she organized the Tribune’s Women’s Congress, a forum attended by 5,000 women that discussed the leading issues of the day.

In 1937, she married Herbert V. Kohler, president of the Kohler Company, and left her job at the Tribune to travel abroad, where she surveyed conditions in Great Britain, Scandinavia, and Central Europe. Kohler also served on the board of directors of the Wisconsin Federation of Women’s Clubs. For the state’s centennial celebration in 1948, she published The Story of Wisconsin Women, which paid tribute to more than 1500 women who had worked and lived in the state. Just before Kohler passed away, she led the Kohler Foundation’s efforts to restore the historic Wade House in Greenbush.