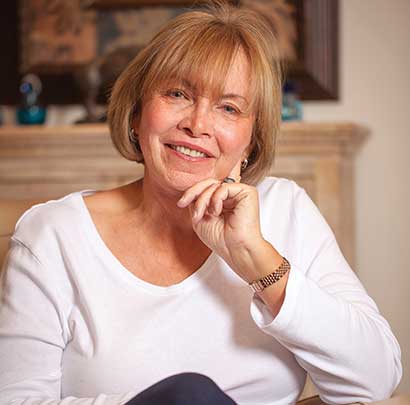 Transgender advocate Sheri Swokowski, a former colonel in the U.S. Army, has worked to end discrimination based on gender identity or sexual orientation.

Although she was assigned male when she was born in Manitowoc, Sheri Swokowski felt “different” as a young child, but she “just didn’t know what it was called.” It was taboo in the 1950s and 1960s to have a transitional identity, so she tried to live as male well into her adulthood. Throughout her military career, which included service as an infantry officer, teaching in the Army Reserve Officers’ Training Corps (ROTC) at the UW-Stevens Point, and working for the Wisconsin Army National Guard, Swokowski fought the urge to live life as a woman. She finally started her gender transition after retiring from the military in 2006. She also began teaching at the U.S. Army Force Management School in Fort Belvoir, Virginia, and found a community of trans women in the Washington, D.C., area. She came out to her family and then to some of her mentors in the military, who seemed to be mostly supportive.

Swokowski had gender reassignment surgery in 2007. When she tried to return to work, she was told that the military had “found a replacement” for her at the Army Force Management School. She went on to help then-Representative Tammy Baldwin try to pass the Employment Non-Discrimination Act (ENDA), which would prohibit employment discrimination based on sexual orientation and gender identity. ENDA passed in the U.S. Senate in 2013, but failed to make it out of the House of Representatives. In 2014, however, President Barack Obama signed an executive order to protect federal and government contract employees from discrimination based on sexual orientation and gender identity. And on June 30, 2016, the ban on transgender service in all branches of the U.S. military was overturned by then-secretary of defense Ashton Carter.

As a retired U.S. Army colonel, Swokowski is the highest-ranking “out” transgender individual in the country. She was also the first individual to be granted a change-of-gender marker on her record of military service without legal representation. In June 2015, after being out of uniform for ten years, she wore an Army infantry uniform — the first woman to legitimately do so — in the Pentagon’s Pride event; and along with four other past and present transgender service members, she attended a White House reception in uniform. Swokowski serves on the board of directors for Fair Wisconsin and continues her advocacy efforts at both the state and the national level.